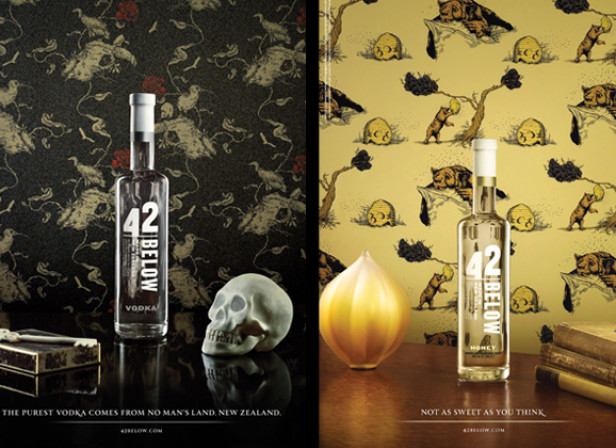 Joe Wilson was commissioned by 42Below to create four custom made wallpaper patterns for use in their latest print and online campaign. The idea behind the ads was to marry the existing cool kitch world of 42Below with a more contemporary premium look. You can see each of the final ads here, here, here and here.Each of the wallpapers were printed and photographed and two of them are currently been used in bars in New Zealand that carry the 42Below brand. If you happen to be in New Zealand and see one of them please send over a picture and we'll add it to our Flickr page.Click here to see more of Joe Wilson's superb portfolio.

La Boca were asked to create a limited set of 4 international teaser posters for Black Swan, the new film by Darren Aronofsky of (the awesome) Pi, Requiem For A Dream and more recently The Wrestler. AND... as movie supremos Empire magazine said "Yes, they're as beautiful as Natalie Portman and as downright sexy as Mila Kunis - while being as strange and disturbing as Vincent Cassel and as original as director Darren Aronofsky."Also have a look at the new work La Boca have created for Renault's new electric concept car.Click here to see more of La Boca's superb portfolio. 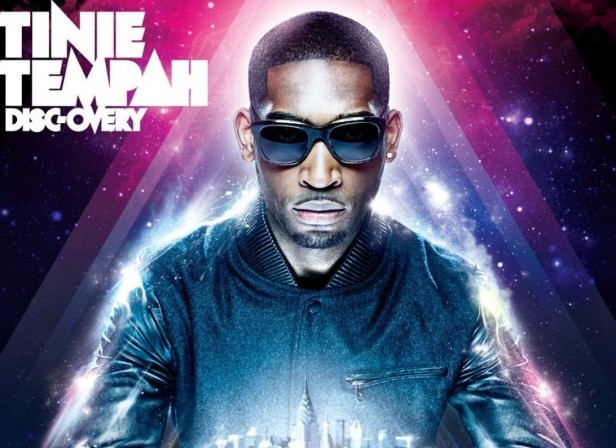 The Studio have been working with the guys at EMI to put together the cover of Tinie Tempah's debut album 'Disc-Overy'. The posters for the album are all up and around town at present, if you see one please take a picture and send it over and we'll add it to our Flickr page.See more of The Studio's portfolio click here.