Doug John Miller was commissioned by Laurence King to create the artwork for ‘The World of Sherlock Holmes’, a complex and storied jigsaw puzzle which captures the world of the famous detective. The plan for the puzzle was authored by Nicholas Utechin, the official historian of the Sherlock Holmes Society of London. Following his brief, Doug created a bustling cityscape featuring Sherlock Holmes’ mysteries, locations, characters and clues. Doug’s artwork displays his particular eye for architectural detail and talent for composing intricately detailed scenes which draw the viewer in with the multiple strands of stories being told.

You can see more of Doug's work here. 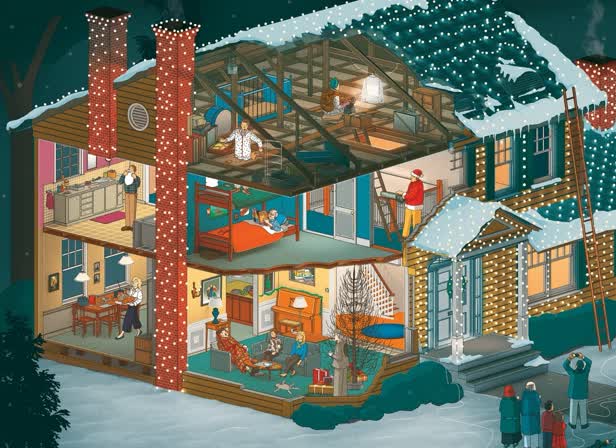