We're delighted to share the outcome of Tobias Hall's collaboration with WCRS for the latest Warburtons nationwide campaign, a mammoth project that called on Tobias to create an aesthetic identity for their nationwide print and digital campaign.

Warburtons has become well known for its blockbuster approach to advertising, and they made no exception for their latest offering. British-born comedian Peter Kay was called upon to be the heart, face and indeed body of the Regency-era epic drama, a bread-themed parody of Jane Austen's 'Pride and Prejudice'.

In creating the still assets to accompany the television spot, Tobias maintained the 19th Century look and feel of the advert. He sought inspiration from hand-painted adverts of the period, bringing them up to date with a modern and lighthearted twist in keeping with the humour of the campaign and with Warburtons' instantly recognisable branding.

Tobias' particular ability to create rich, intricate designs that are both refined and dynamic is on full display here, with his attention to detail making each design unique in its own way whilst remaining cohesive as a poster series.

The resulting posters are on display nationwide, and more of the posters can be seen in full here, here and here. You can also learn more about Tobias and view more of his work online by clicking here. 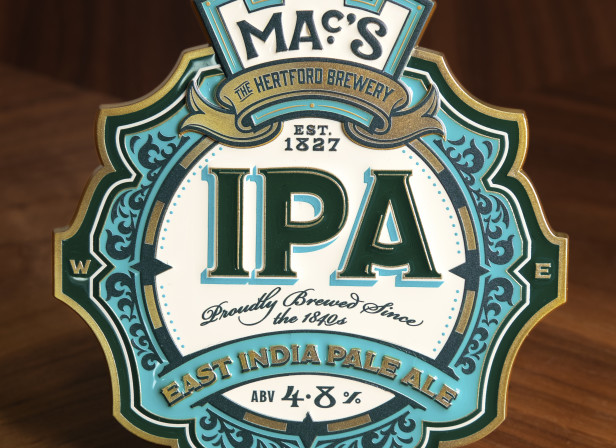