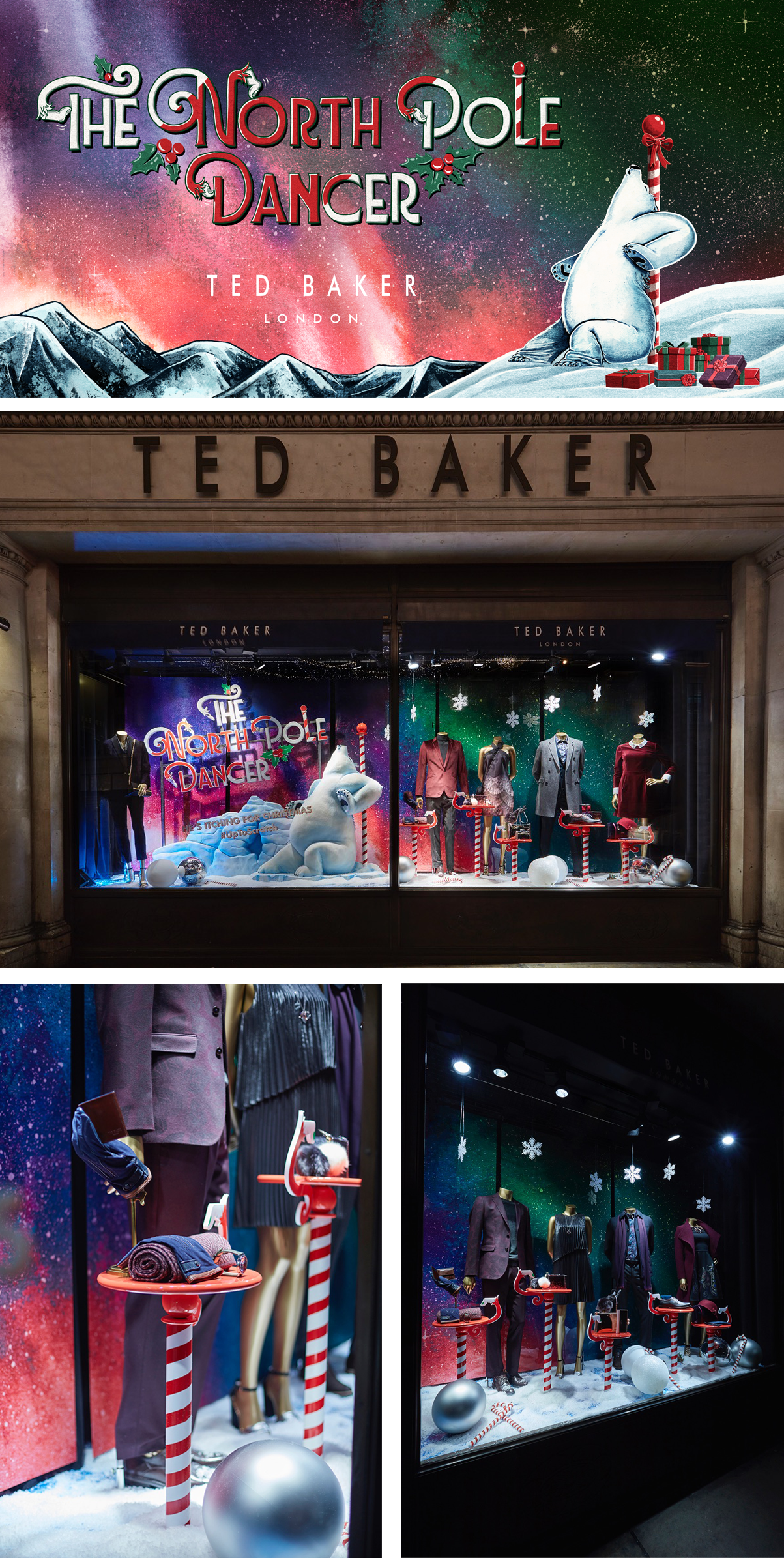 Ben Jennings collaborated with Ted Baker for their in-store window display and festive website animation for their Christmas 2016 campaign. Ben, who is well known for his rapier wit when it comes to satirical cartoons, was a perfect match for Ted Baker's irreverent sense of humour:

"Ted Baker always like to have something tongue-in-cheek for their Christmas store windows, so it was a really fun project to work on," said Ben of the brief.

"My job was to design a polar bear character, and then complete a finished illustration of a scene featuring the character, along with the typography, which would be used on Ted Baker's Christmas shopping bags and boxes, as well as being created into a 3D window display for Ted Baker stores worldwide. I also provided some additional illustrations for an animated version of the scene that was used on Ted's social media channels.

"The concept was to have a polar bear character, scratching themselves up against the North Pole, to give a sense of relief from the itch as well as slightly emulating a pole dance pose. Capturing the right posture and shape for the character was the trickiest bit, which took lots of sketching, but once that was right it was just a matter of polishing it up to create the final artwork, including various festive iconography and colours in an arctic setting with a Northern Lights style background.

"I had no role in the building of the 3D bear once I had finished the illustration, so it was great to see how close to my drawing the finished models were!"

You can learn more about Ted Baker by visiting their website www.tedbaker.com.