Very pleased to show you this sexy pin up by Vince McIndoe for Mary Portas's new range of Kinky Knickers which form part of her new show "Mary's Bottom Line". With the show starting tonight on Channel 4.

Mary Portas has been in the retail business for thirty years. Last year she produced her own fashion line that she hoped to be as British-made as possible, but soon found it was a nigh on impossible task.

Britain was once a manufacturing colossus, renowned for its world-class clothing industry. But today, most fashion is manufactured cheaply abroad and, across the UK, vast, bustling factories and skilled manufacturers have simply ceased operation. So when and why did we stop buying British?

In Mary's Bottom Line, Mary Portas wants to boost the UK clothing industry by starting her own production line to manufacture a key staple in any woman’s wardrobe - Knickers.

The common economic wisdom is that Britain simply cannot compete with the Far East when it comes to producing high street clothing. But now the rise in the cost of foreign labour and transportation costs has driven up the prices of overseas imports, and Mary thinks it’s time to strike and get British made fashion back on the high street - with truly British knickers!

Whilst many small independent designers and manufacturers produce British-made items, Mary feels the UK ought to be manufacturing clothes on a much larger scale, just like it once did. Her theory is if the British public care about where their clothes come from, and are prepared to pay a little more, then British companies can seize the moment, bringing manufacturing and jobs back to where they belong on UK soil.

So for this brand new three-part series, Mary Portas heads to Middleton near Manchester, where past generations used to thrive on a booming manufacturing industry, but these days many factories are closed and unemployment is rife. Mary will recruit eight apprentices, get them trained up, and start a knickers production line.

Mary is re-opening the sewing room floor at a factory owned by British nightwear manufacturers Headen and Quarmby. It was one of 11 thriving textile factories in Middleton, now it is the only one that remains. Established in 1935, the factory used to employ 60 machinists and produced thousands of items a week before competition from cheap imports forced the Company to send production abroad.

But can she really make pants cost-effectively? Can she find a retailer prepared to stock her knickers and, crucially, can she convince shoppers to pay a bit more for a British made product? Or is it really the end of the line for the UK’s textiles heritage?

Mary's Bottom Line starts Thursday 15 March on Channel 4, so look out for Vince McIndoe's illustration on all the packaging! 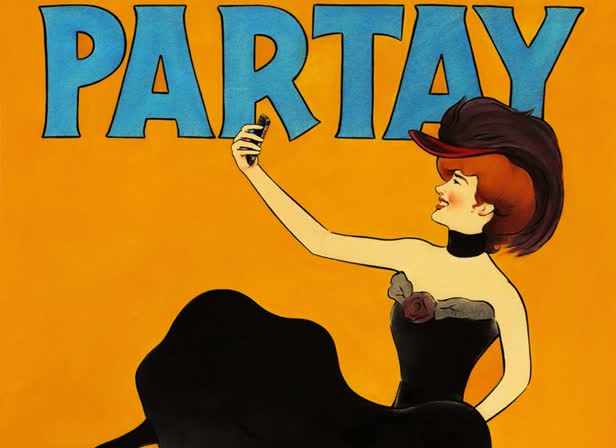