Début Art's relationship with F1 and in particular the Red Bull Racing team has been going on for years now. This past week saw Ilovedust travel to the Monaco GP 2011 to create a 9m by 2.4m live mural to celebrate "The art of racing" during their winning) stint at the Monaco GP 2011.

The above all took place on the stunning Red Bull Energy Station, where we were all thoroughly looked after with speed boat trips on the rightfully named "AWESOME " as well as breakfast with F1 legends (and Jeremy Clarkson) as well as as much Red Bull as we could take.

A magic weekend all made possible by great friend of Debut Art Mr Greenhow @ Realise Creative & all of the wondeful people at Red Bull Racing. Anthony & Katie specifically who spoiled us above and beyond what we expected.

HUUUGE thanks to James, Katie, Anthony and of course our buddies at POSCA pens for helping out with the awesome pens.

Thomas Butler has made this magic tilt shift video of the Ilovedust boys at work so check it out.

Roll on the rest of the season and hopefully we'll be back doing more at another race soon. 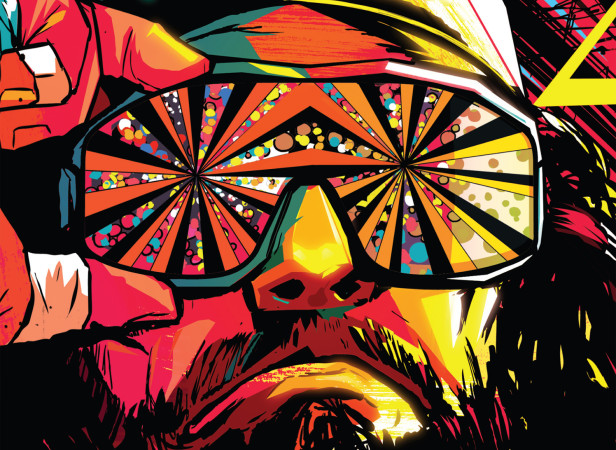