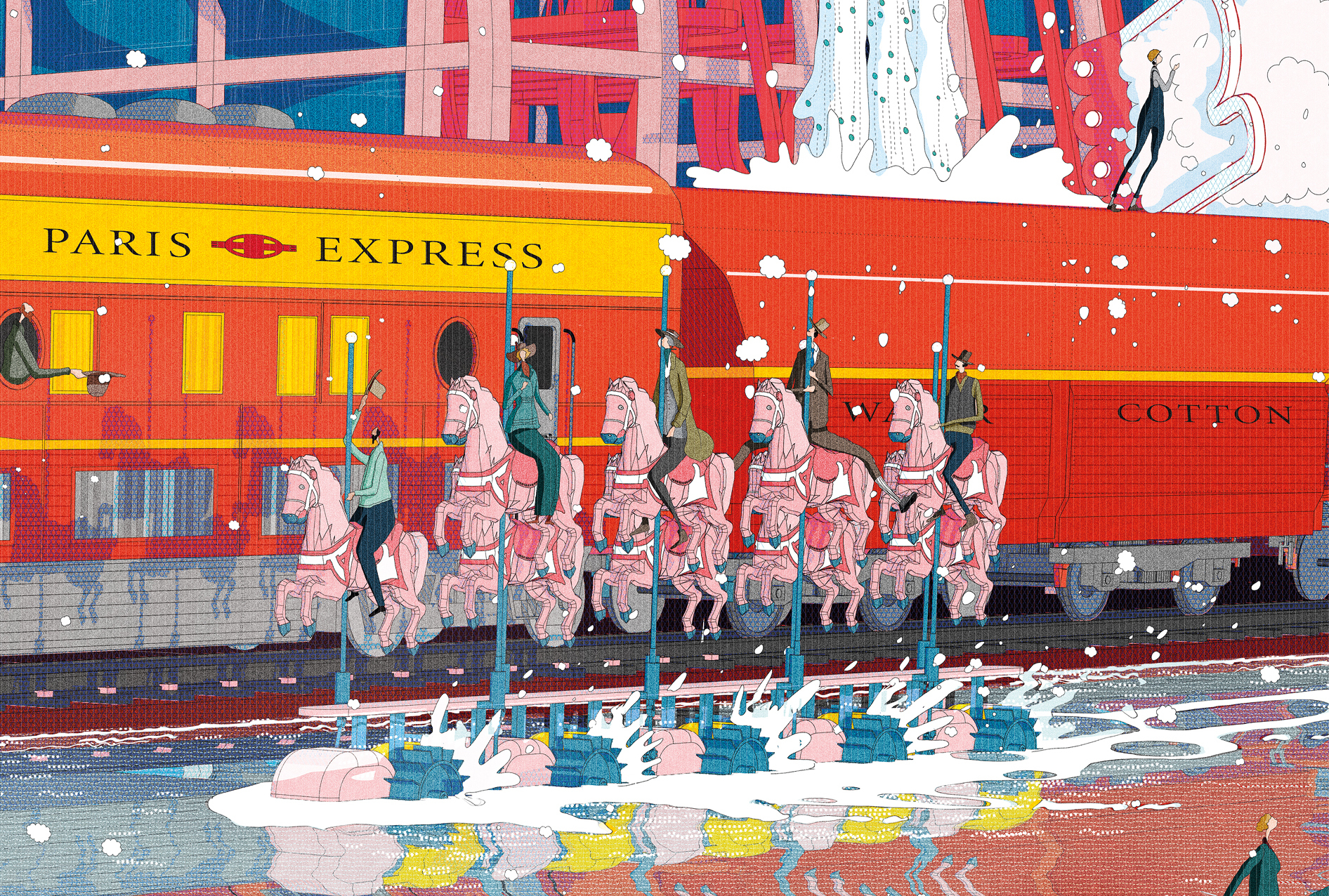 The Royal Cotton Bed / The Gift: Freedom, Equality and Diversity

The Royal Cotton Bed, inspired by the royal bedrooms of Versailles, engages with the local royalty – cotton. It acts as a water-to-cotton exchange post between the city and local farmers and processes cotton into fabrics and clothing to promote diversity of locally produced goods in the face of trade war with China.

----
The Gift: Freedom, Equality and Diversity