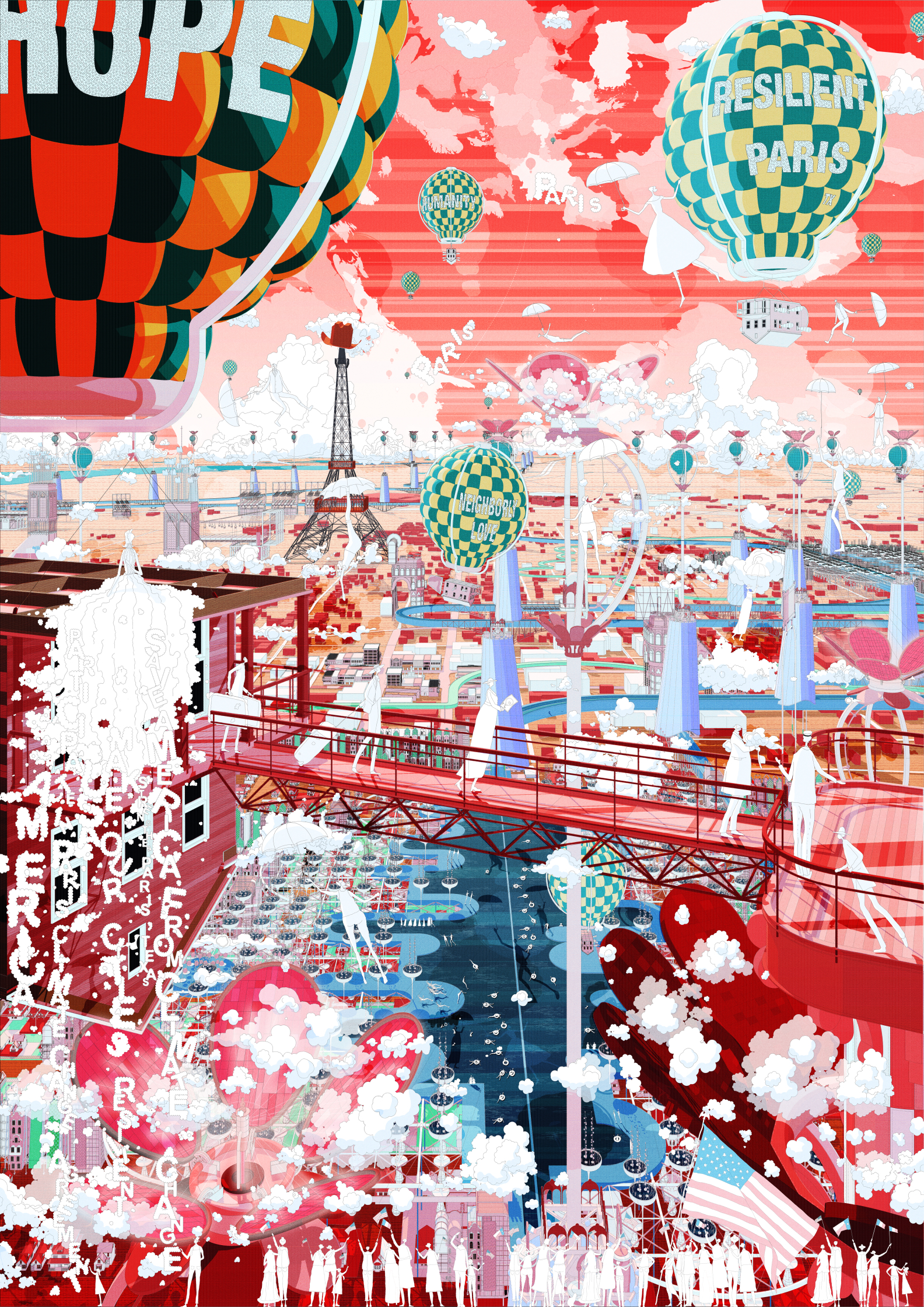 Arrivals of the New Parisians / The Gift: Freedom, Equality and Diversity

Arrivals of the New Parisians – an increasing number of American climate holidaymakers (refugees) seek shelter in the American version of City of Light in the US Sun Belt. ‘Street lights’ inspired by Place du Carrousel street lamps generate Solar energy and provide freedom from fossil fuels and act as the arrival centres.
----
The Gift: Freedom, Equality and Diversity