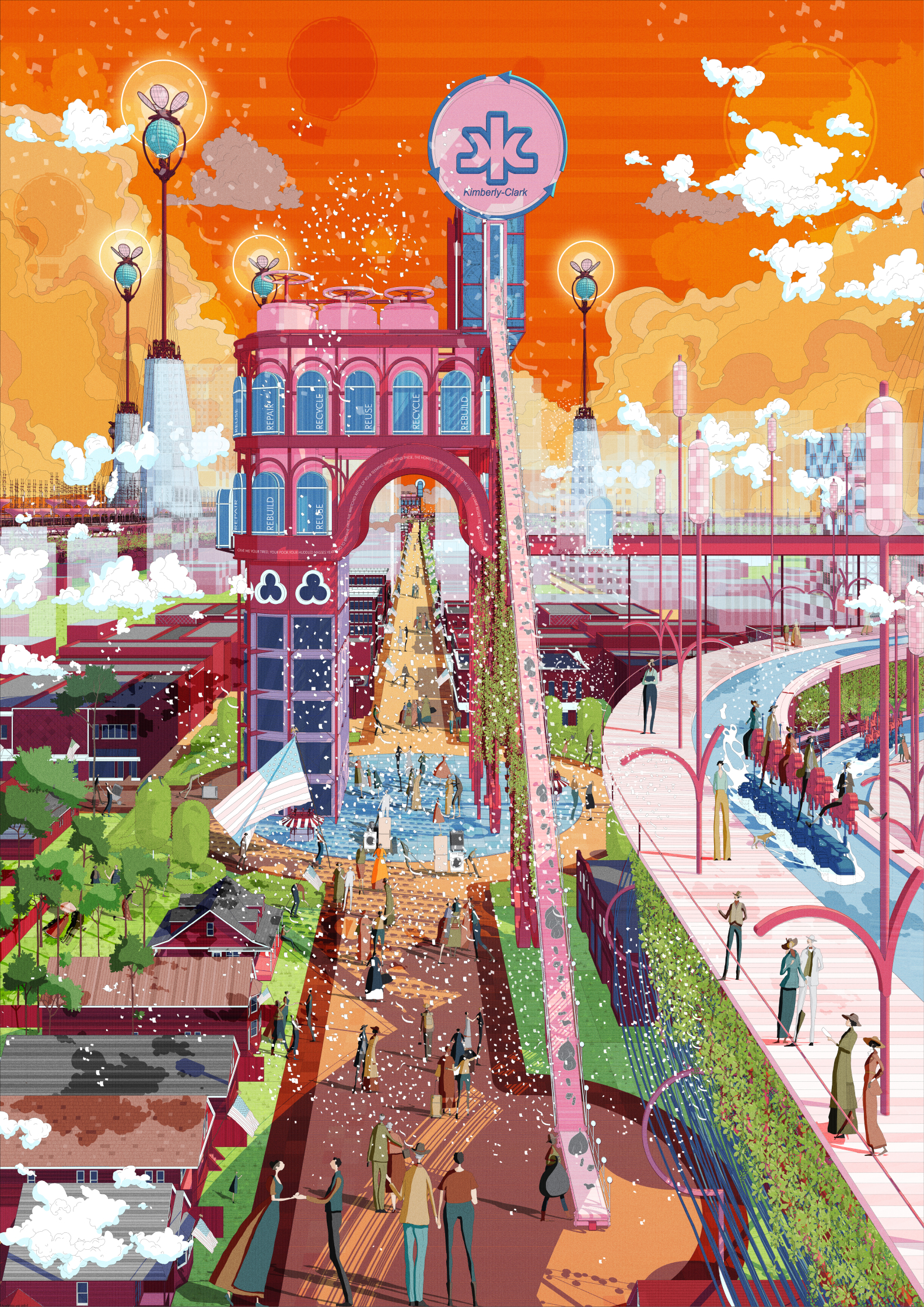 Arc de Trump references arc de Triomphe and promotes diversity by remaking trash into useful building materials to entice the culture of repair the old before buying new. They act as the new gates into the city centre celebrating the triumph of the city over the climate change.
----
The Gift: Freedom, Equality and Diversity