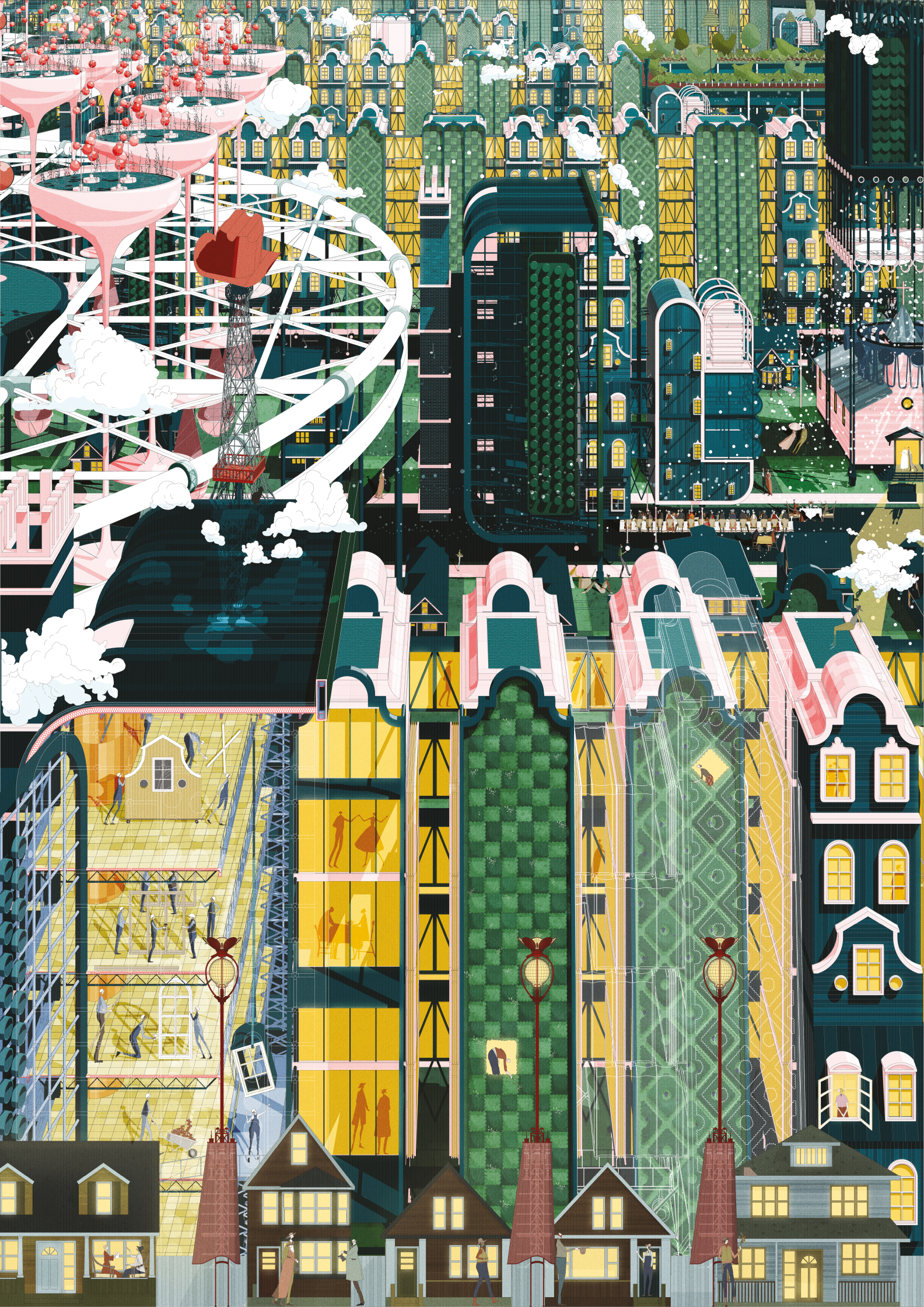 Accordion boulevards expand above the existing streets of the city to provide shade and food kitchens on a street level reimagining American suburbia as Parisian boulevards that bring both the new and the old inhabitants together. Flexible and negotiable spaces inside as well as underneath the housing promotes sharing and neighbourly love.
----
The Gift: Freedom, Equality and Diversity