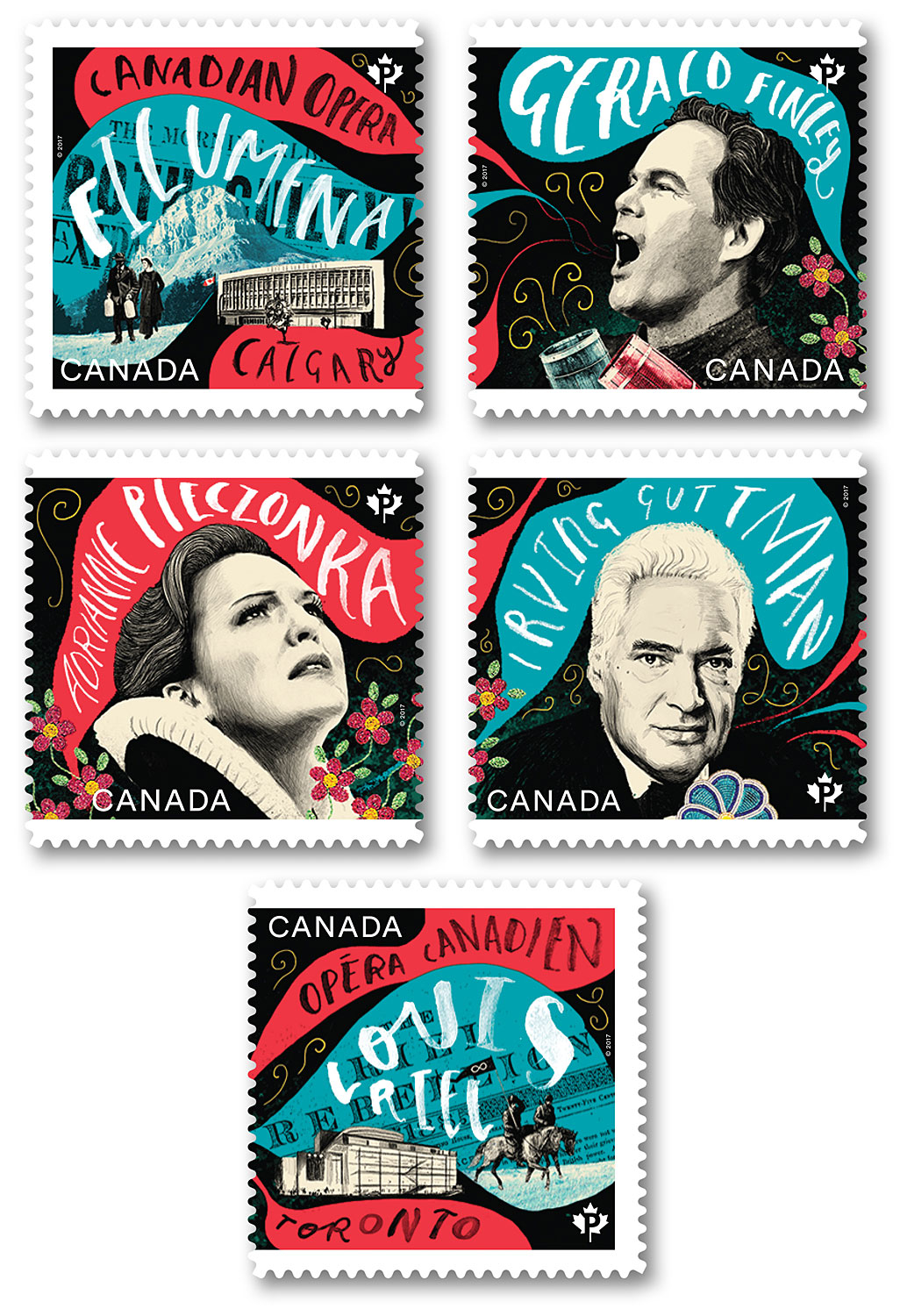 The first three stamps of the five-stamp collectible souvenir sheet shine the spotlight on award-winning bass baritone Gerald Finley, internationally-acclaimed soprano Adrianne Pieczonka, and late director Irving Guttman, known as ‘the father of opera in Western Canada.’ The final two stamps honour the 1967 work Louis Riel, which romanticizes the life of the legendary Métis leader while Filumena is the tale of an Italian immigrant who was the only woman to be hanged in Alberta.

As with all stamp issues in 2017, these stamps have been treated with special tagging to mark Canada’s sesquicentennial. The words ‘Canada 150’ will appear along the top of the stamps when viewed under black light.