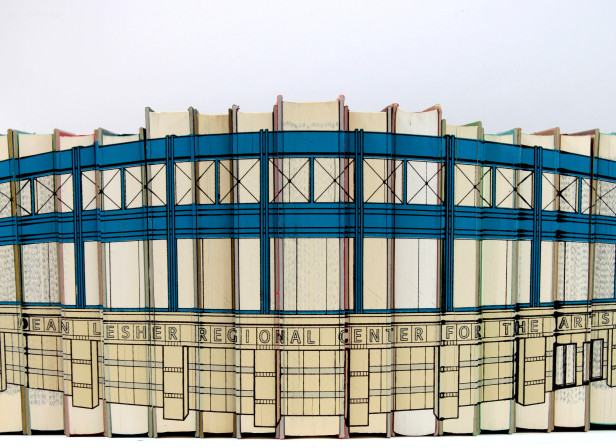 Lesher Center for the Arts, San Francisco. US 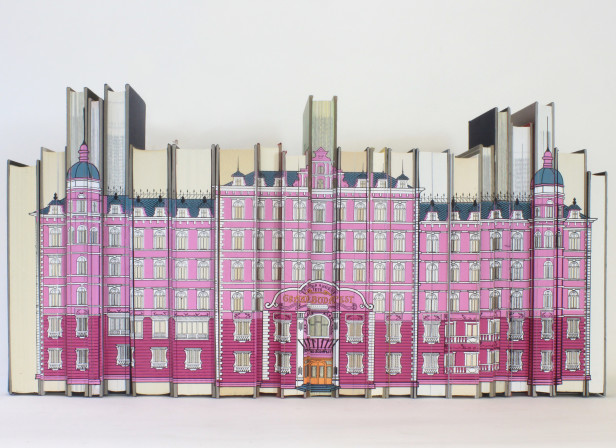 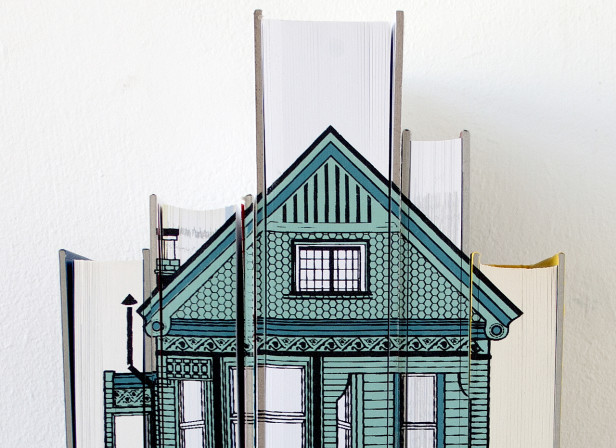 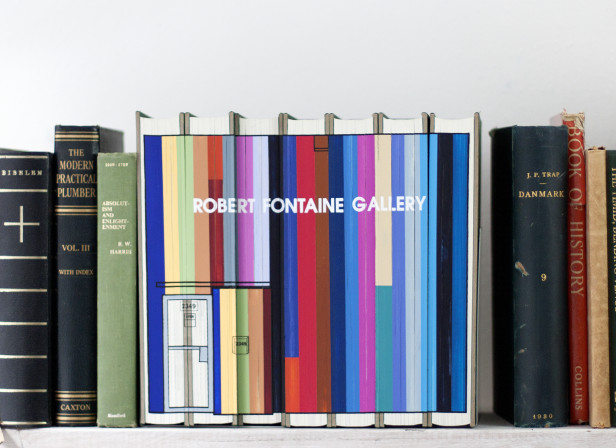 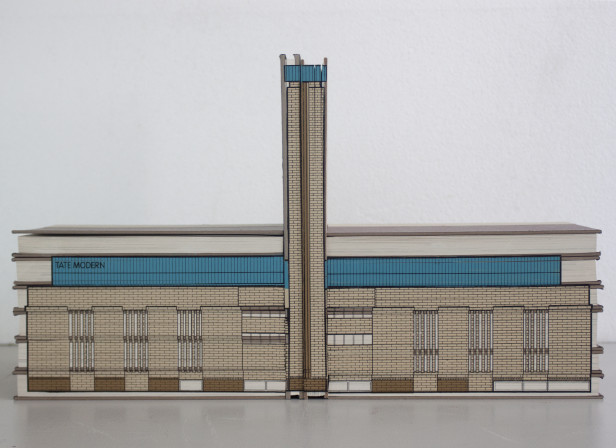 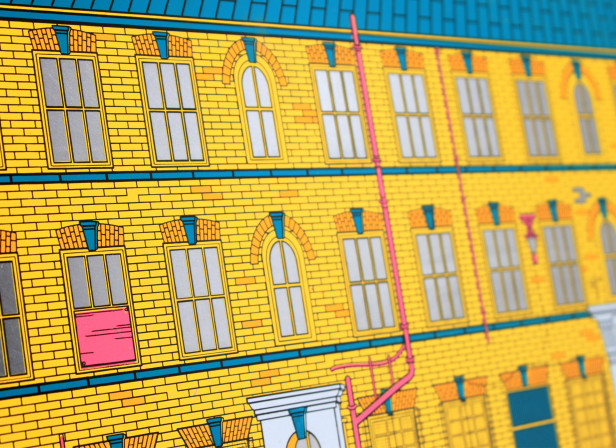 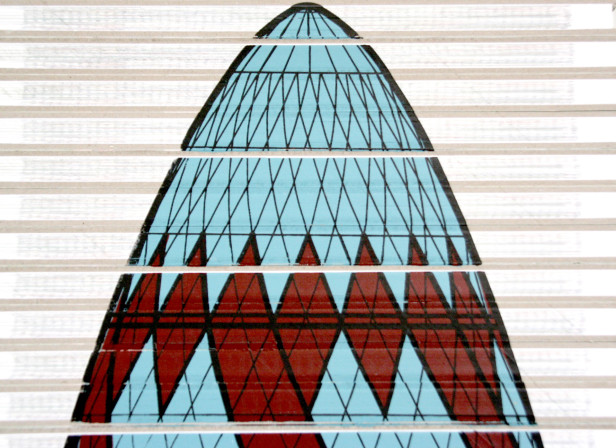 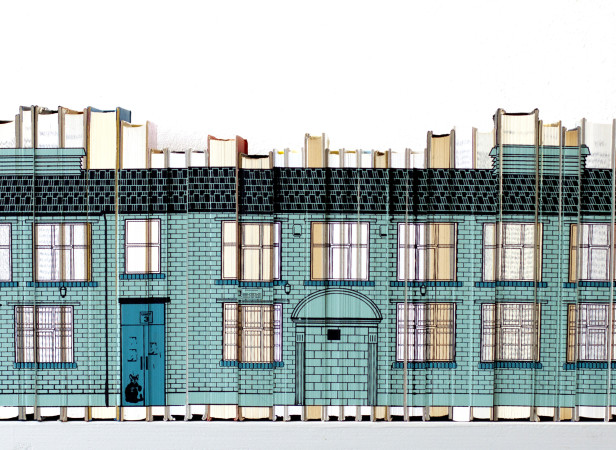 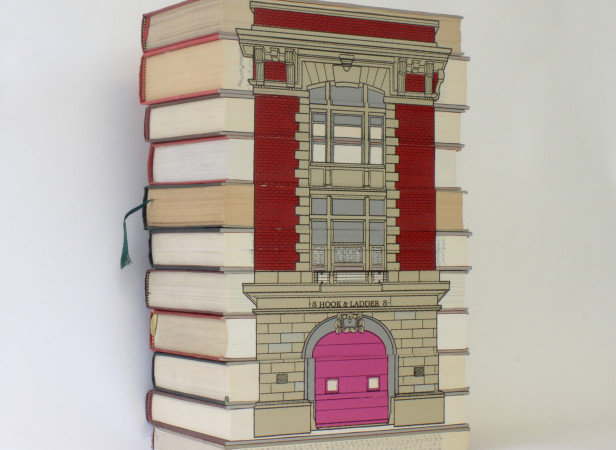 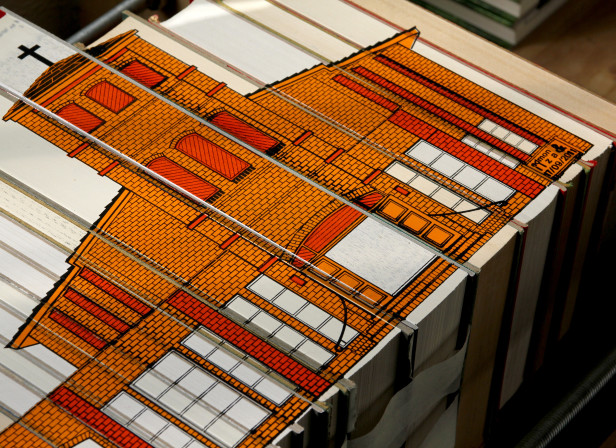 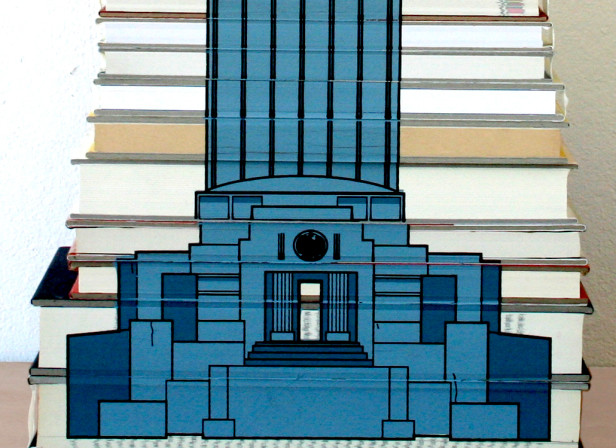 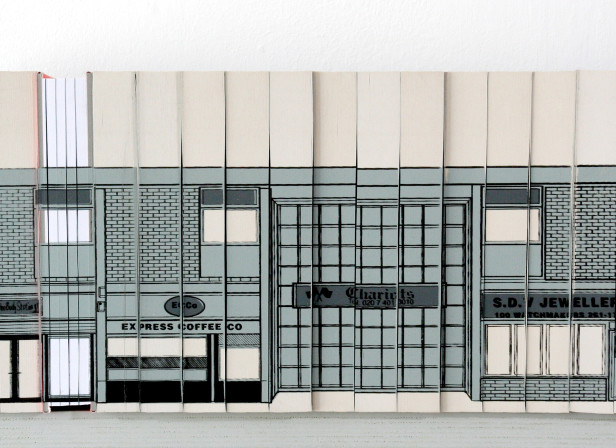 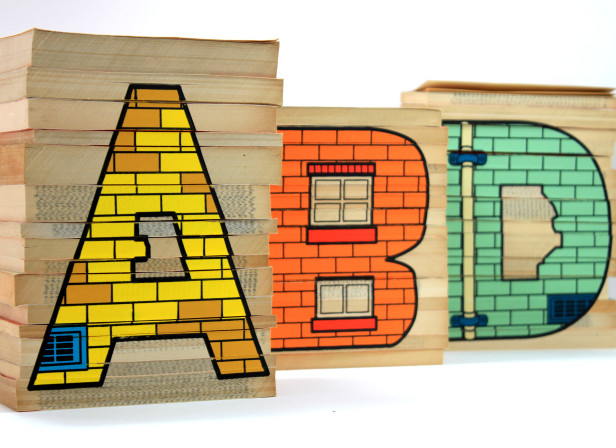 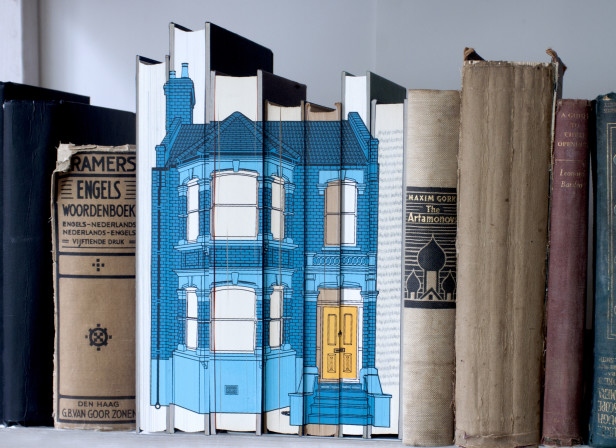 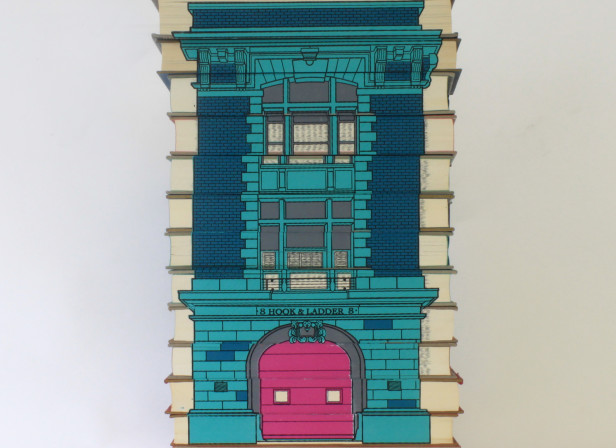 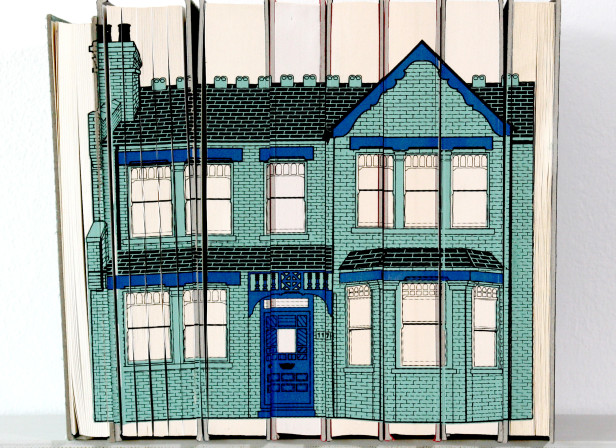 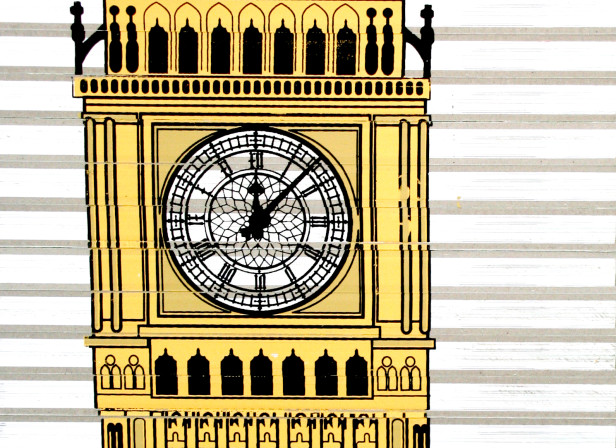 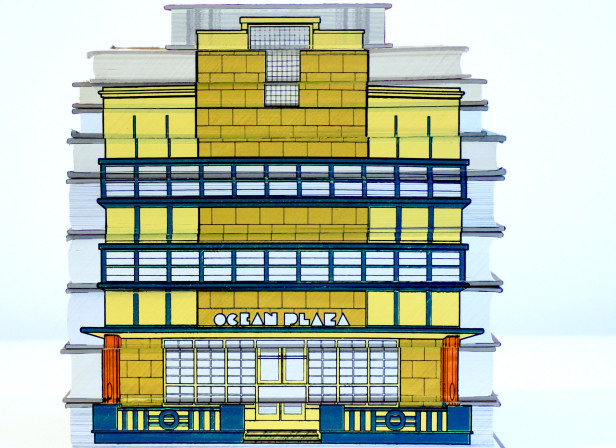 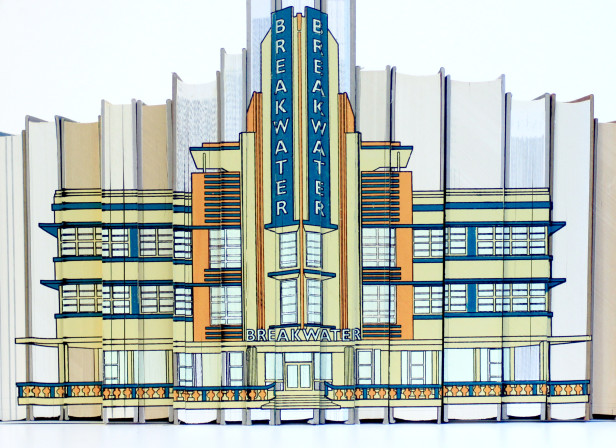 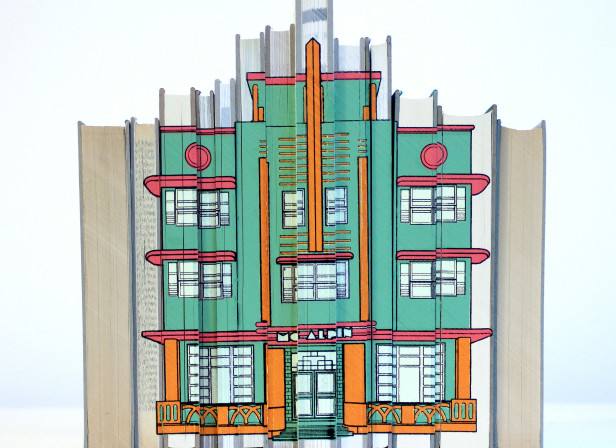 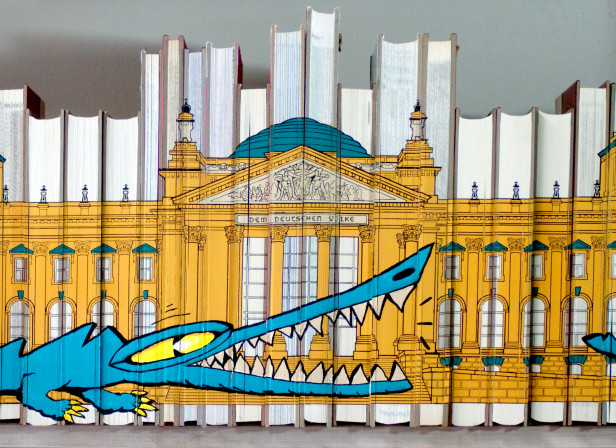 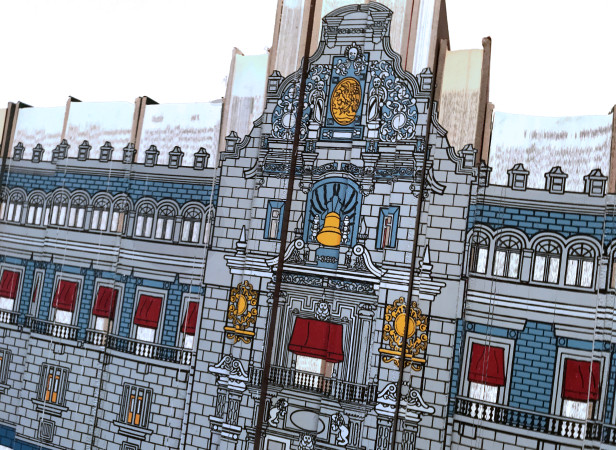 Daniel Speight / The Soft City is a British graphic artist who captures architectural features from cities around the world through his intricate style of elevation drawing and his unique approach to screen-printing onto reclaimed surfaces. An MA graduate from University of the Arts London, he explores the distinction between Illustration and Fine Art to make artworks that challenge the material possibilities within printmaking.

Depicting the intricacies of decorative facades, architectural styles and broken-down walls to emulate the experience of urban spaces onto the fore edges of books, Speight wander’s city streets through his travels and online street walks as a ‘Flaneur’ pursuing new and obscure subjects to draw and print.

Books as an art-making material possess great potential in screen printing. They can be compressed together and cut into to provide a flat surface. The discovery that their fore-edges as a surface to work on challenges the perception on how artworks can be made, seen and integrated into the architecture of living and working spaces.

Speight continues to explore the relationship between material and subject. Developing his architectural drawings and printing onto mild steel sheets, Speight has discovered methods to control rust in his designs, contributing further to innovations in printmaking whilst involving a subtle reference to industrial subjects, material and its corrosion.

Whilst living and working in Mexico City, Speight began a series of collaged street murals, employing aged book pages as a surface to paint on. Realizing his subjects as scaled drawings of derelict facades, Speight has combined local history found in the book pages along with a Street Art simulating theatrical scenery. In effect his own graphic art interpretation of the specific site of the mural.